We Need To Talk About Chemsex – Sex & Relationships Series

This next instalment in our Sex & Relationships Series is a stunning episode that brings us into dialogue with some of the most important, yet often-ignored, parts of the human condition.

You might not’ve heard about Chemsex, but it’s a growing epidemic that’s not only destroying lives, but which also tells us a lot about how we think, feel and talk about sex.

So we went to the man who created the term ‘Chemsex’ in the first place – David Stuart of the world-renowned 56 Dean Street Clinic. He’s an epidemiologist, activist, former addict and drug-dealer who’s now invited by healthcare professionals from around the world to advise them on how to tackle Chemsex in their communities.

So what is Chemsex? At first Andrea and Jon assumed it simply meant taking drugs in the context of sex, which would surely include alcohol, MDMA, or even psychedelics. But soon they discovered this isn’t what the label ‘Chemsex’ was coined to describe at all. Instead, it describes a specific, widespread and deeply disturbing phenomenon that involves addiction, hook-up culture, self-understanding, social prejudice, internalised homophobia and the profound isolation of modern life.

In many ways, Chemsex vividly lays bare the hangups we all experience in relation to finding, having, and understanding sex. This episode certainly isn’t specifically or only about gay sex, drug use, or addiction. It’s about the fundamental psychology of sex; what it means to be vulnerable; and how we can allow ourselves to enjoy who we are and express that sexually with others.

Dating apps (check out our episode on them) have played a major role in the spread of chems and Chemsex, but as with the apps themselves, they arguably reveal our problems rather than creating new ones.

So why do people take drugs in the context of sex?

Chems make anxiety and insecurity go away. Chems can make you feel like a god with near-limitless energy and have you careening from sex partner to sex party for literally days on end. Chems take away the doubt, the negative voices in your head telling you you’re not in good enough shape, or that the person you’re with isn’t really into you.

Or they simply allow you to feel you deserve sex or deserve to enjoy pleasure, free from a mind buzzing with questions like ‘Am I clean down there? Who’s going to be top and bottom? Can I keep it up? Am I doing this right?‘

What world have you [been living] in that the definition of ‘good sex’ is ‘a performance that manages to avoid any rejection’? But a lot of the guys that I talk to do struggle with the disinhibitions that we deserve to feel when we’re having sex.

But this isn’t a conversation in which we simply assume that drugs are bad; what’s important here is to understand what people’s relationships with particular drugs are, how they fit into their lives, their work, and their sense of self. Our challenge is to do so with compassion and understanding – something David is particularly well-equipped to do.

David’s own life story means that he’s no distant observer of these issues. He’s both open and remarkably insightful about his own chem use and HIV status; his history as an escort and a drug dealer; as well as his continuing personal work to move beyond the homophobic attitudes which he internalised growing up. He’s been through the fire, but now, tempered by those experiences, he’s using what he learnt for the benefit of others.

The reason I stopped doing drugs is not because I identified as an addict or they became really problematic for me […] it was because I had this realisation that some of the people I was playing with… I was damaging them. I think I was playing a role in a journey they were on towards chaos and harm. And I suddenly realised after years of this – way too late – that I wasn’t an island. I was impacting other people. And resilient as I might be, others weren’t. That was the reason I stopped.

The legacy of gay liberation and the AIDS epidemic means that talking about Chemsex at all can be deeply painful for older gay men, because in the eyes of some commentators, it can make homosexuality seem dangerous and unclean all over again. Many who fought for gay liberation would rather label Chemsex ‘a drug problem’, but ultimately it’s more than that: it’s a symptom of a much deeper set of problems. With chems, as David puts it, ‘We’re trying to medicate something we’re finding difficult to manage in our bedrooms or in our intimate lives…’.

David’s honesty, insight and eloquence bowled us over; we learnt a lot from him, not only in terms of raw information, but about how to approach so many issues around sex with compassion. Being prescriptive and judgemental is not going to help any of us, and David reminds us that we must always leave space for mistakes and not judge ourselves (or others) too harshly when those mistakes inevitably happen. As he puts it, for healthcare providers,

Jon also shares his own experiences, mistakes, misunderstandings and hard-to-shake prejudices, as well as whether he feels that the history of AIDS and gay liberation is truly ‘his’ history, when he never had to experience any of it directly.

And, in the end, we all agree that ‘kindness will solve Chemsex’. 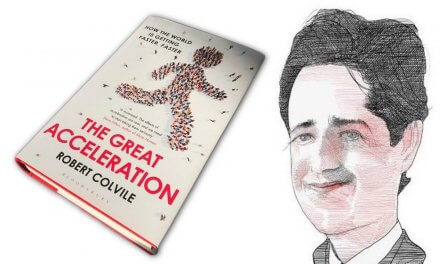 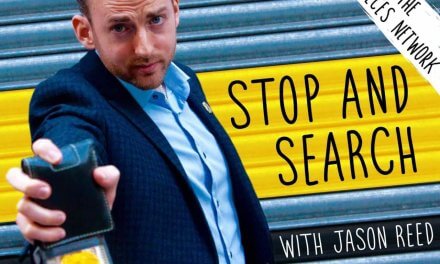 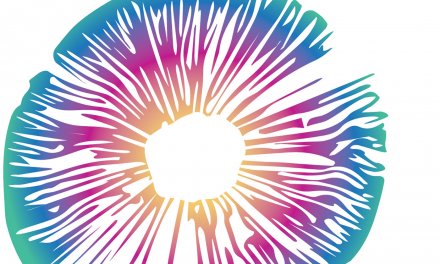