We’re filled with sexual energy, and it’s down to us to harness this force and use it to transform our creative and business efforts into ‘genius’-level achievements! At least, that’s what Napoleon Hill tells us… but it becomes increasingly clear over the course of the chapter that he may have had a pretty hefty sex-drive and potentially shaped his philosophy to justify it to himself.

So, can you use sexual energy to fuel success in life? Or is Think and Grow Rich at its heart The Book of Mormon for self-help-loving entrepreneurs? The book’s cult-like nature is certainly on full display here – after all, no cult would be complete without some weird sex stuff…

Still, there’s a reason this book is a perennial bestseller and we try to understand why and to flag up the parts which make sense and those which might lead you (horribly) astray. Napoleon haphazardly tries to emphasise the value of finding a Muse, for example, which is a fascinating subject (but not without its own pitfalls).

We think sex drive emerges out of broader life success, rather than being its essential fuel. It’s hard to think of sex when you’re in the midst of trying to make the rent, after all, so maybe Napoleon got things a little back-to-front…

All of which leads us into a deep discussion about whether the modern push for men to express their feelings is actually a good thing. Andrea thinks it may be a self-indulgent exercise which leads nowhere, but Jon strongly disagrees.

Does talking achieve anything, or are we just getting lost in the self-help vortex of always buying the next book, rather than putting the lessons into action?

This might be our final instalment of Think and Grow Rich, so let us know what you make of this iconic (and weird) chapter, and how the series has affected you overall. 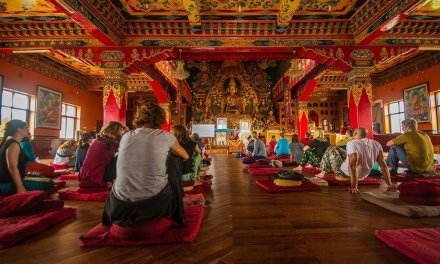 The Laws of Human Nature 11: Discovering the Shadow