Most people today think Stoicism is all about being unemotional, conservative, placid and just, well, stoic. But this modern use of the word completely misleads us: capital-S Stoicism is a philosophy of action.

As marketer, world-class mentor and leading voice in the Stoic renaissance Ryan Holiday argues, it’s the doers of the world who’ve found deep strength, inspiration and comfort in this philosophy.

Tim Ferriss, international bestselling author, angel investor and creator of the world’s most popular business podcast, has even called Stoicism ‘the ideal “personal operating system”’, particularly suited to ‘high-stress environments’ – not least for turning those stressful situations into manageable, creative and exciting opportunities, rather than sources of pain and frustration.

From George Washington and Theodore Roosevelt to Walt Whitman, Frederick the Great to Adam Smith, Immanuel Kant to modern-day illusionist and master of psychology Derren Brown, a host of the greatest thinkers, politicians, artists, athletes and psychologists have all studied and admired Stoicism.

Stoicism is and always has been for everyone, from the very bottom to the very top of society.

Epictetus, one of Stoicism’s greatest thinkers, was born a slave, yet his writings would become a touchstone for the Roman Emperor Marcus Aurelius, then the most powerful man in the world. The very same thinking and principles could create and nurture strength and comfort for both – and they undoubtedly can for us today.

As Ryan Holiday puts it, Stoicism is ‘a tool in the pursuit of self-mastery, perseverance, and wisdom: something one uses to live a great life, rather than some esoteric field of academic inquiry’.

In The Modern Stoic podcast series, we demystify this ‘tool’ and explore how it can be used right here, right now to create that great life and help us become the best versions of ourselves.

For Stoics, the prime directive of living a good and fulfilling life is to distinguish between the things which are in our control and those which are not. There are so many things which can stress and hurt us in our lives, but if we identify and acknowledge which ones are completely outside our control – from the weather to the stock market to the past itself – we can stop wasting so much effort and time on trying to change them. More importantly, it’s then a massive strategic benefit to expend energy only on those things we can change!

Times have changed since Zeno first began teaching the principles of Stoicism in third-century BC Athens. And yet the the human condition has not. We continue to grapple with the same fundamental questions:

The writings of Seneca, Marcus Aurelius and other great Stoic thinkers offer us practical wisdom for these dilemmas and many more besides.

That’s why another ancient practice, meditation, has recently been rebooted as ‘Mindfulness’ and now hordes of top executives, creative thinkers, and even schoolkids are discovering levels of emotional mastery that defuse stress and open the door to fertile mental spaces in which their best personal and professional work can unfold with previously unimaginable ease.

We might call Stoicism the Buddhism of the West. It’s also a source of deep wisdom, but with a more practical, immediate edge; as philosopher and author of The Black Swan and Antifragile, Nassim Taleb puts it, ‘A Stoic is a Buddhist with an attitude’.

As we explore in the podcast, that attitude is something we must cultivate in all areas of our lives if it’s going to bed in and generate real, lasting change.

The word ‘Stoicism’ actually comes from the Greek ‘stoa’, meaning ‘porch’, for it was there that Zeno first began exploring and teaching these ideas. Looking back, this was the perfect location: Stoicism developed not inside some ivory tower, gated community or dimly-lit library; it evolved in the open, poised symbolically right between the home and the outside world.

Its principles are just as important in our personal, private lives as they are in the social, business, and political worlds – as Marcus Aurelius well knew when he privately struggled in the pages of his journal to apply Stoic ideas to both bloodthirsty political struggles and to his own personal doubts and demons.

The Modern Stoic isn’t just another collection of pithy quotes and memes to share on Facebook or Instagram and then promptly forget. In these podcasts, we take you on an adventure of (self-) discovery through the original, timeless writings of Stoicism’s greatest thinkers, past and present.

Short quotes, Top 10s and Stoic life-hacks can be useful, and there’s plenty of them out there. But at Voices in the Dark we’re offering something fuller, deeper and richer by going back to the original sources. As Leonardo da Vinci put it, ‘He who can go to the fountain does not go to the water-jar’.

Each week, we drink some of the original waters and discuss what we find. We’re not posing as great teachers and thinkers; we’re explorers and we’re inviting you along on this voyage.

Just as we did for Robert Greene’s masterpiece, The 48 Laws of Power, we set out on a journey to educate ourselves, debate with the teachers of the past, and to weigh up how far this ancient wisdom does or does not fit our modern lives, drawing on personal experience and the stories of both the most successful and most unfortunate people in history.

This is an adventure, not a set of instructions to be followed without reflection. As Seneca himself put it, ‘The ones who pioneered these paths aren’t our masters, but our guides. Truth stands open to everyone; it hasn’t been monopolised’.

Join us as we explore how to use Stoicism to develop a modern mindset of calm control and focused, effective action. 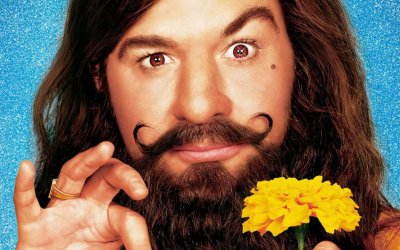 The devil is in the detail... and that's the problem. This week is about not becoming obsessed with detail at the expense of actually doing or creating something yourself. It's about not trying to control things by over-planning and over-preparing, lest you want to... 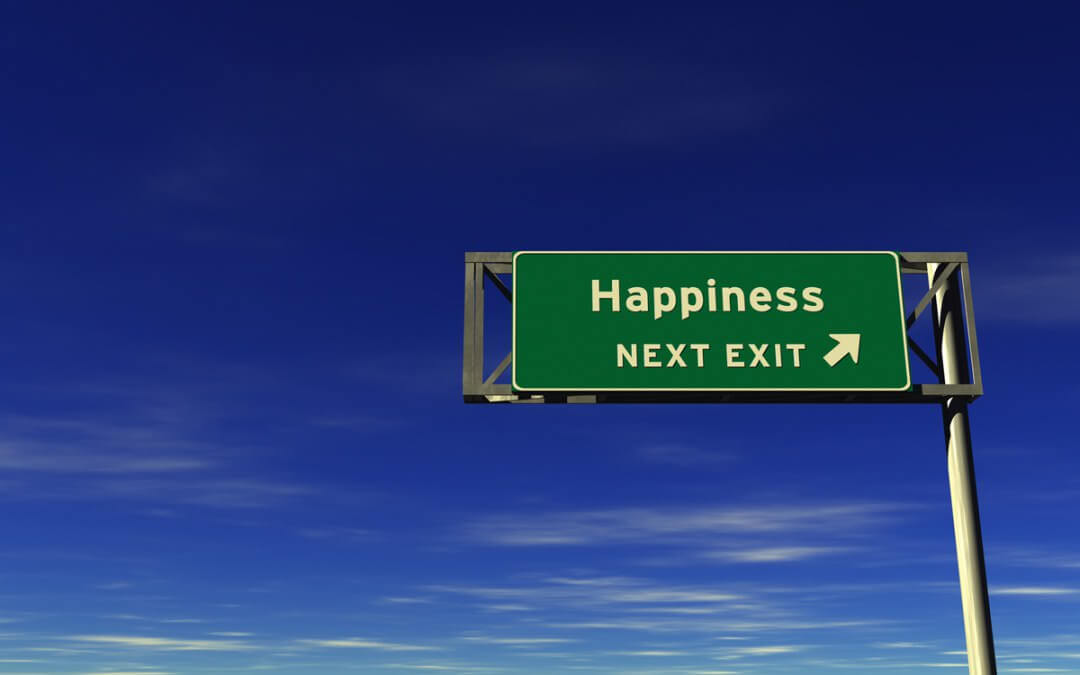 The Modern Stoic #31: Chasing Happiness (Away)

﻿ Centuries before the arrival of social media and rolling news channels, people were still chasing happiness and still finding themselves miserable as a result. Seneca picks apart the issue, pre-empting 21st century psychological and sociological studies, and his... 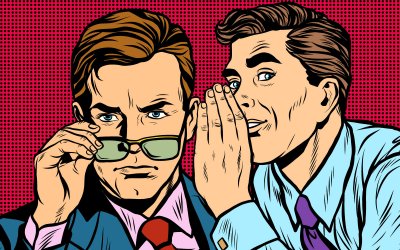 Is there anything more immediately disturbing than hearing that someone's been talking about you behind your back? What did they say? Why did they say it? But wait... why do we care so much any of this? This episode is all about gossip and reputation; if you should... 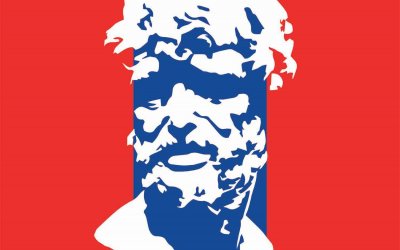 The Modern Stoic #29: Does Power Corrupt And What Is True Wealth?

This week it's all about power, corruption, jealousy and pride! Do the things you own end up owning you, or, despite everything Seneca tells us, are there some things which should always be saved if your house burns down? But before all that, Lucilius has been hanging... 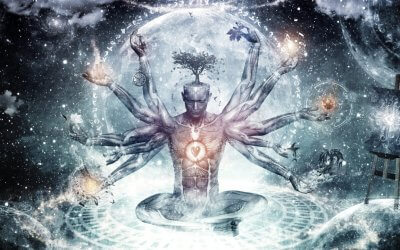 It's time to get spiritual this week as Stoicism starts to merge almost imperceptibly with an even more ancient philosophy: Buddhism. This is Letter 41: 'On the God within Us', and it not only draws us into the realm of motivation and growth, but also how we... 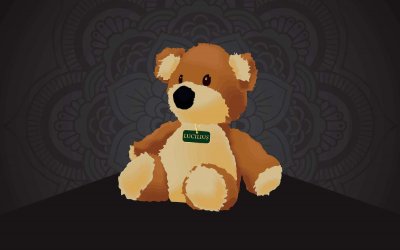 This week Seneca's on the war path about oral. Communication, that is. Frustrated by Lucilius's admiration for a gabbling philosopher, Seneca lays out how to speak well and speak effectively in public and to others. This rapidly brings up a bunch of issues we face... 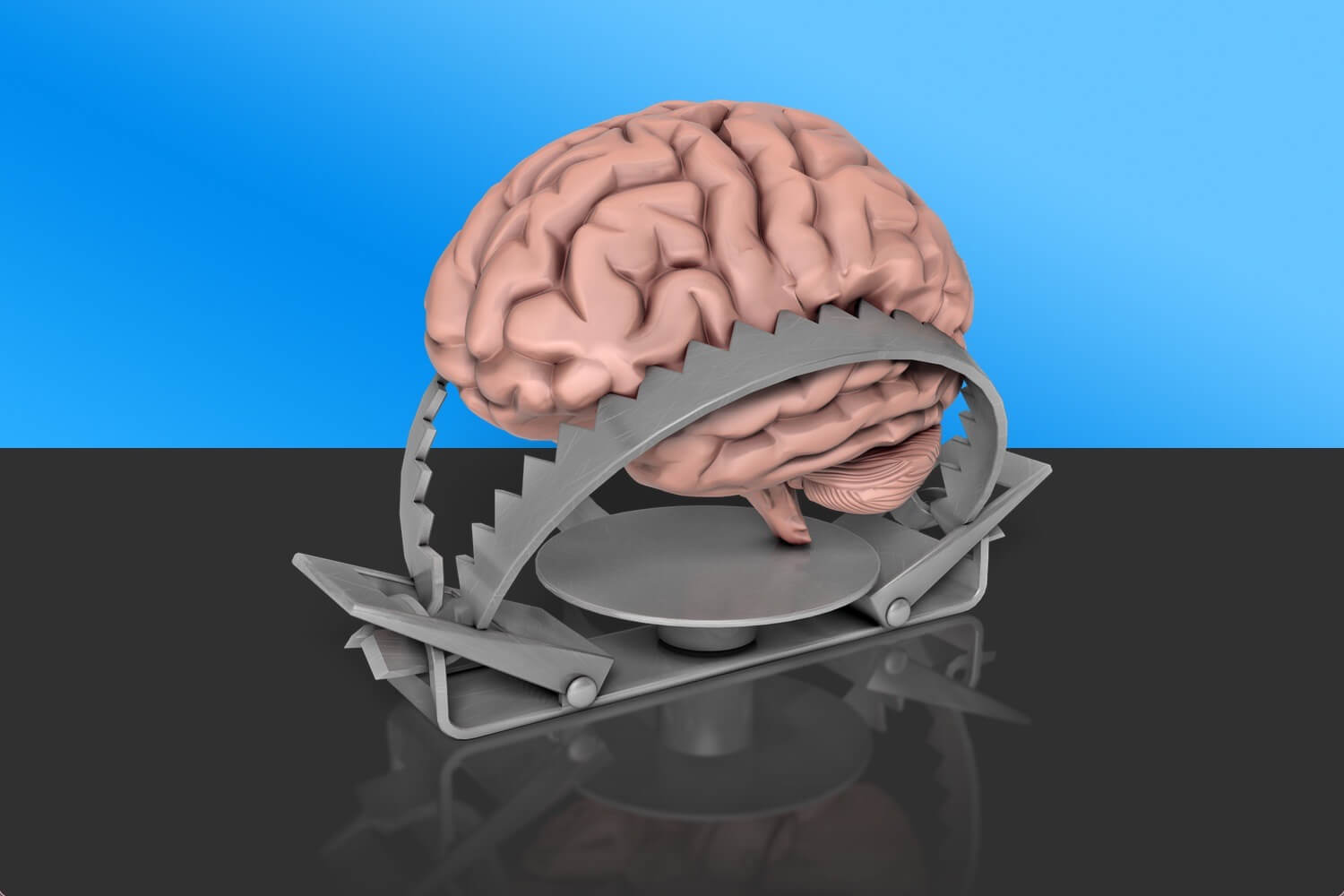 The Modern Stoic #26: Addiction And Moderation

This week Seneca's got a thing or two to say about over-indulgence and ending up controlled by our vices. Drawing from Letter 39, 'On Noble Aspirations', we explore how to indulge without losing control; the value of moderation (but only in moderation); and whether...

Drawing on Letter 38 from Seneca ('On Quiet Conversation'), this episode digs into the immense value of real, face-to-face conversation for all aspects of our lives. Emails and texts can be great, but sitting down in person changes the game, whether it's a massive...

This week we riff on Seneca's Letter 47, 'On Allegiance to Virtue' – it's short, but richly rewarding to dig into. It's about how life can seem like a battle – an unfair one – that we never consciously agreed to, yet are thrust into the midst of. How can we change our... 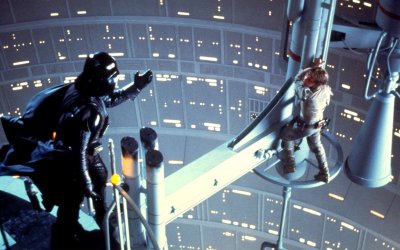 Riffing on Letter 35 from Seneca ('On the Friendship of Kindred Minds'), this one takes us deep into the nature of human connections and how we can find true love and true friendship. Seneca's decided that Lucilius just isn't keeping up – he's not ready to become a... 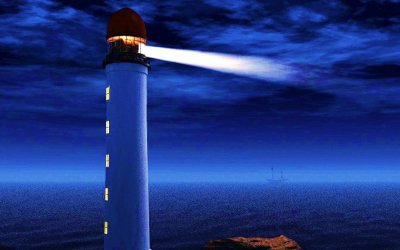 You know those people who can quote passages of Shakespeare, have read all the great novels, and who always seem to have an aphorism to hand? Well, fuck them. Having a moribund storehouse of other people's knowledge isn't the same as being smart, let alone creative.... 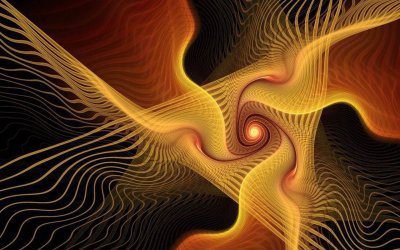 This one's about staying the course, knowing how to recognise progress from how it feels, and the dangers of internalising other people’s narratives of what your life should be. In Letter 32 Seneca wants us to stay the course, rather than endlessly making fresh starts... 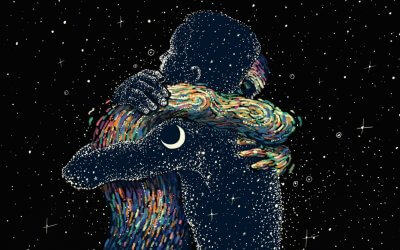 This week: when and how to give advice; how people avoid seeing what's right in front of them; how to avoid getting overwhelmed in life; and what human connection and life are truly all about.   Riffing on Letter 29 from Seneca, this episode is a corker. Advice... 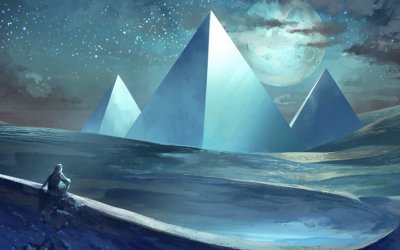 Does travel broaden the mind, or are you simply running away from your problems? Can self-discovery happen on the road, or is it always a case of 'wherever you go, there you are'? This episode draws on Letter 28 ('On travel as a cure for discontent'), in which Seneca... 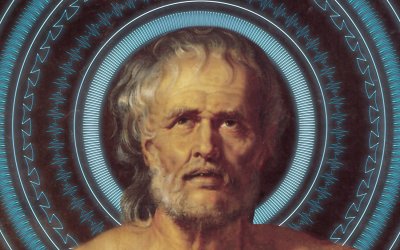 What's the difference between wisdom and experience; between faking it till you make it, or truly growing as a person; and why should you never try to claim you’re a master? Drawing on letter number 26, 'On Death and Dying', this one seems at first to be all about... 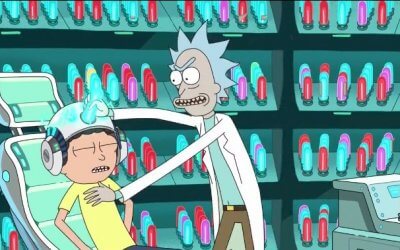 ﻿ How and when to help other people; whether we can really get anybody to change after a certain age; how to check we’re not also in need of correction (and whether we should calibrate that by looking at everyone else, or turning to our inner compass). Drawing from... 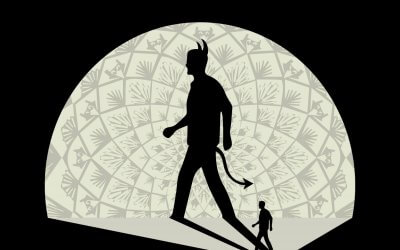 How to deal with and handle fear; how to find balance between accepting death and embracing life; and how to make fear your mentor. This week we take a look at Letter 24 – 'On Despising Death'. But it's not another go-round of telling yourself that death is OK and we... 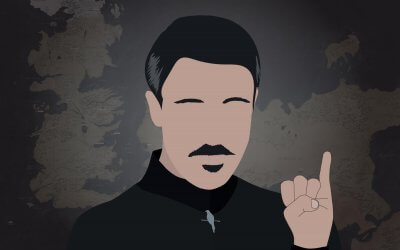 The Modern Stoic #15: Littlefingering Your Way To Success

When's the right time to make change? Whether it's leaving a job or changing your life, this letter is all about facing some hard truths. When and how can we change for the better? Why do we cling on and refuse to develop? And what are the myriad ways we're... 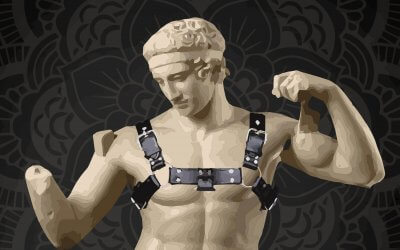 From ancient Stoic letters to modern-day S&M clubs, this one's a corker. We explore why actions speak louder than words; the benefits of taking action for mental health; why philosophy is about LIFE, not about libraries; and finding true peace within as you seek... 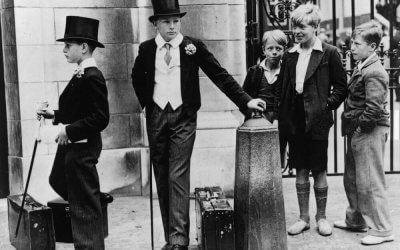 Tim Ferriss's favourite letter, this week's episode has direct, practical applications. It's time to intentionally do tough things to become sturdier mentally and physically. We explore how to temper the mind as well as the body; to understand our anger; why the how...