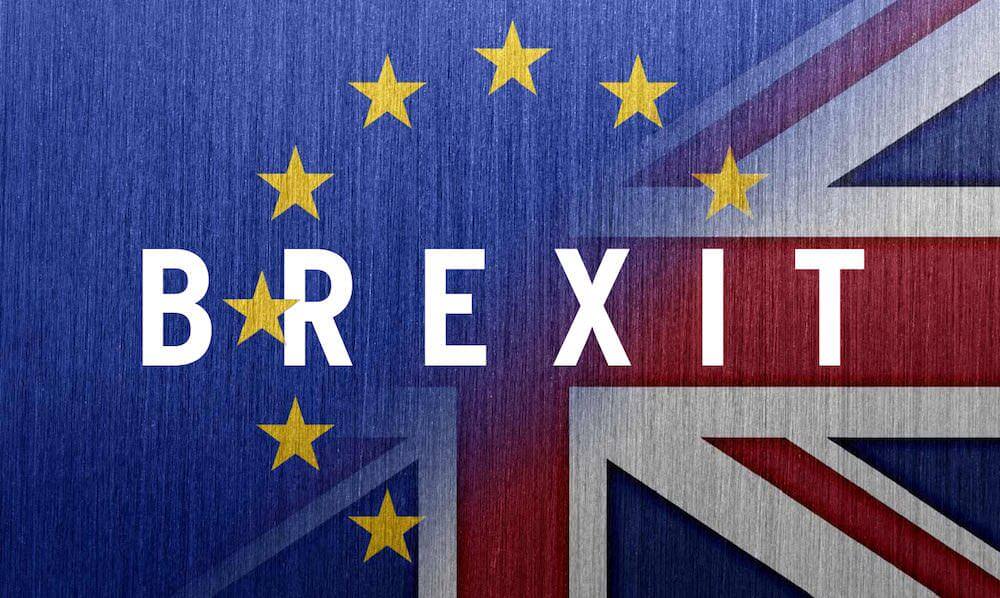 In the government party, the Conservatives, former Home Secretary Theresa May has swept to power in place of David Cameron, after pro-Brexit outlier Andrea Leadsom pulled out of the leadership race. It remains to be seen how the Brexit base within the Tories will respond to a business-as-usual, Blairite leader like May.

Labour, Britain’s opposition party, sees leader Jeremy Corbyn clinging to power, following the resignation of nearly the whole of his shadow cabinet and a vote of no-confidence from 210 MPs. He now faces a leadership challenge from the solidly centrist Angela Eagle.

Both parties, though their challenges are unique, face splits drawn by similar tribes. The establishment, the Westminster Village and pro-EU faction on the one hand, versus the grass-roots.

For many commentators, this intrigue and factionalism is just part of the wider horror of Brexit; the divisive fracturing of the political landscape that mirrors the stark divides in the British public at large.

Though most people now understand these divides, and see that the pro-Brexit was a largely working class knee-jerk reaction to years of establishment Globalism that had failed to raise living standards for ten years, many are failing to see the wider anti-consensus implications of these divisions.

The EU, and globalisation in general, rides not on consent and democratic accountability. It relies on consensus.

Consensus looks to all intents and purposes like democracy as usual. Laws are passed, parliaments and second houses vote on amendments, and people are given their say in general elections.

Bipartisan, moderate, cross bench gestures of common cause keep the wheels of government greased. Factions and tribalism are avoided at all costs and are viewed as small-minded, destructive and narcissistic.

The stable centre relies on fear of insecurity, and the media punditry defending middle-class prosperity.

The trouble is, it doesn’t account for most of the voter base of the major political parties, excluding the Liberal Democrats.

The Blairite, centrist and pro-EU style of politics has maintained its command of the middle ground by promising a bourgeoisie dream, an ideal of classless Britain.

The vote to exit the EU demonstrates that people are no longer buying it. A low-wage, service economy, propped up by amassing private debt, is not functioning as the basis for a united society.

Globalisation, coupled with mass migration and the decline of industries grounded in communities, have left a vacuum in society. It is a vacuum that no economy can, or should, fill.

It is vacuum of common interests. Common values.

In the universal weeping and the mawkish mass grief that followed the Brexit vote, one thing has been forgotten: the absolute importance of national sovereignty.

Sovereignty is exactly what binds a society together. Unless we have sovereignty we don’t really have a society, never mind a democracy.

Sovereignty is what justifies the exercise of power.

In America, sovereignty doesn’t exist in the President, it exists in the Constitution and Bill of Rights. It is through these documents that you find the justification of power exercised by the Courts, by Congress, the Senate and the office of Presidency.

Can we really, sincerely compare the American Constitution, which is a document founded on the principles of enlightenment rights, to the numerous rolling treaties by which the EU has accumulated power?

The questions about how exactly democratic the European Commission is or is not, are boring and depend on how much accountability satisfies you.

The fundamental crime of the EU, however, is that it has accumulated sovereignty through extending trade deals.

This is no way to found a state, and actually is a very dangerous one. To say nothing of the fact that the process of creating a European State from a common market was never given the consent of the British people.

The parliamentary democracy combined with the constitutional monarchy of the United Kingdom, mean the UK is a state fashioned over years of dissent.

Revolutions, counter-revolutions, reform acts and wars of ideas between Church and State, have created the fragile institutions of accountability in the UK, and they have ensured limitations on sovereign power.

The question of the rightness and the wrongness of the European project is a completely separate one to the anxieties and reservations a true democrat should have about the centralisation of power, and the accumulation of political sovereignty.

The British involvement in Africa depended very much on war and military might. The formation of the United Kingdom from a union between Scotland and England was made an economic inevitability by an ideological seduction of the middle-classes.

To deny that the latter is as imperial as the former is to be historically naïve.

What Britain needs now is not just strong, credible leadership, it needs a new economic model.

Hardline austerity or hardline Keynesian tinkering have proved themselves destructive.

Many insist that all society depends on is economic prosperity.

This, to me, is to have the whole thing backwards.

A sense of common purpose, of common social interest, is necessary before we negotiate the fineries of economic interests.

When you allow purely economic forces to determine the landscape of the society, you end up with with frictions between classes, between the government and the people, and between established interests and emerging ones.

It is too dramatic to say that Brexit marks the failure of Globalism. It does, however, expose the limitations of creating a global economy without a way of binding sovereign and distinct cultures together.

The answer is not to impose political institutions on countries that have common economic interests.

The answer is to allow each country, and each culture, its own sense of value and identity. Otherwise globalisation has the paradoxical effect of creating civil conflict, for the sake of economic unity. 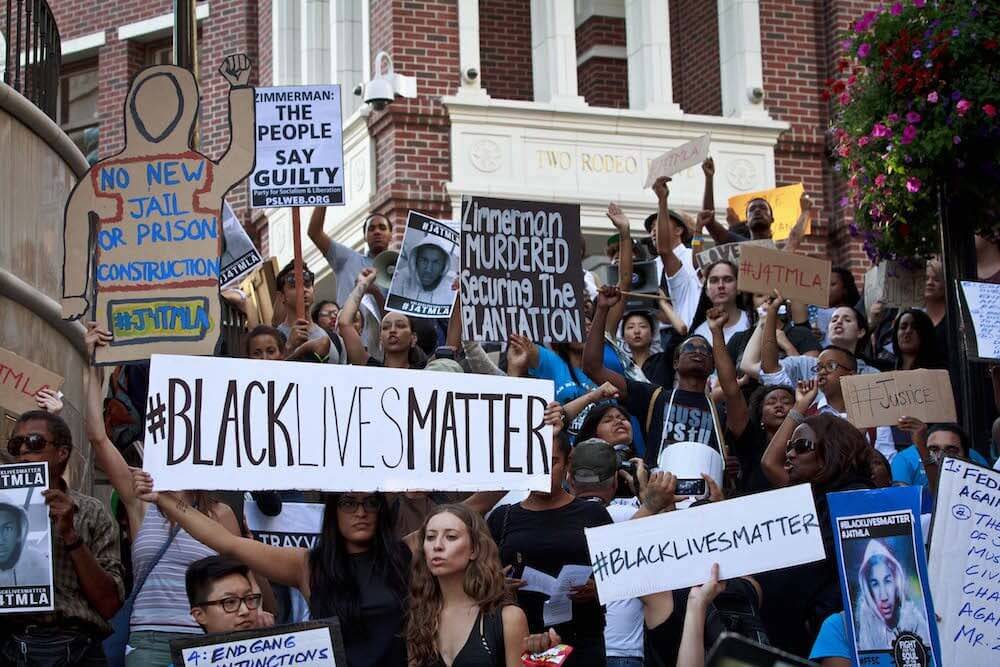 Protesters take to the streets to bring attention to the push for justice in the Trayvon Martin case as they take over Rodeo Drive on July 17, 2013 in Beverly Hills, California. (Photo by Jose Lopez)

The political anxieties begin when we consider the fact that only 13 per cent of the population in America is black. This is disproportionate in the extreme.

Anyone who protests police brutality has my support.

However, something seems to be missing in the debate after the recent police killings in Dallas. The old paradigm of a white establishment pitted against a black working class doesn’t seem to capture the full complexity of what’s going on in America.

That black people in the US face racial profiling and police brutality is undeniable and is a scandal.

However, there was a lack of condemnation from some quarters after the the Dallas massacre.

Black Lives Matter have pulled off the ultimate swindle of identity politics.

Black Lives Matter’s name is sufficiently bland and unchallengeable that it spreads itself as an umbrella term rather smugly over any race equality movement or indeed act of terrorism.

This is by design in my view.

These days we do not need censorship, and nor do we need Gestapo or the Inquisition. The best way to stop people questioning you is to make it impossible for them to avoid being branded a bigot if they do so.

Racism is part of a wider mechanism of social control. Simplistic or out of date explanations for it tend only to entrench bigotry.

To hear this spelled out one only needs to refer to Bob Dylan’s peerless 1963 song Only A Pawn In Their Game, in which Dylan admonishes anyone for simplistic liberal interpretations of society-wide divisions.

Racism, he says, is a tool that keeps both black and white imprisoned in social ideologies. It’s a form of crowd control.

Racism, then, is one factor in a massive exercise of undemocratic power.

The near-tautological emptiness of the Black Lives Matter banner, is a cute way of hiding nationalist and supremacist tendencies.

To question those tendencies, which must be held partially responsible for the death of five policemen in Texas, does not make you a racist, it makes you a free thinker.

James Black is a folksinger, poet, journalist and full-time bohemian. Follow him at @JacBlack or on www.soundcloud.com/jamesblackfolk 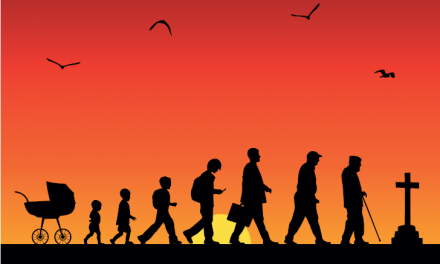 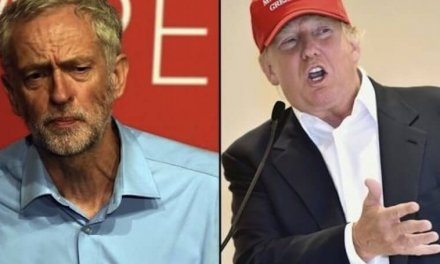 I take your points on sovereignty James and that to have a EU founded on trade deals is not the best way to create a new nation, it lacks the gumption and identity provided by the US constitution. But I hate national sovereignty, for me Italy losing some of it to the EU was one of the best thing to ever happen to my native country, it pushed us out of a conservative and traditional rut and made local petty corruptions more irrelevant and unable to affect decisions than had been possible in the last 60yrs of Italian politics.